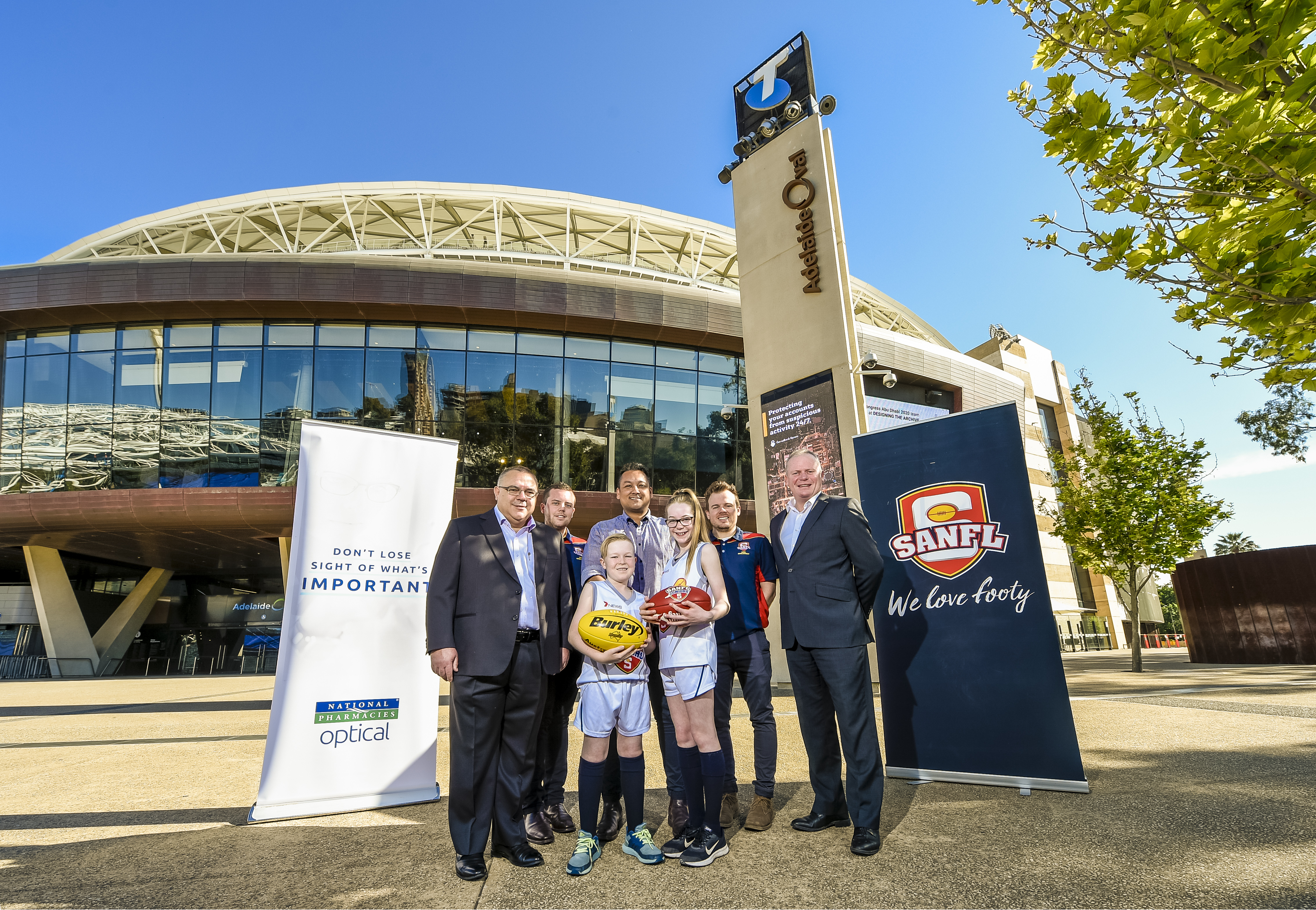 SANFL is excited to announce National Pharmacies as its naming rights partner for the ever-expanding SANFL Juniors competition.

Set to be known as SANFL National Pharmacies Juniors for season 2020, the community club-based competition is the start of a football journey for more than 13,000 boys and girls in the metro area.

Now boasting as many as 638 teams across more than 50 community clubs, SANFL National Pharmacies Juniors is the largest Australian junior football competition in Australia.

Stretching from Christies Beach in the south to Angle Vale in the north, the competition provides an opportunity for children aged from seven to 16 to be active, have fun and meet new friends while developing their football skills in a safe environment.

National Pharmacies has had a long association with SANFL, until now as the major partner of SANFL umpires.

“National Pharmacies is a highly respected and proud South Australian-based organisation with existing strong ties with football in South Australia and now we’re thrilled to have them on board as the first naming rights partner of our highly successful junior metro competition,” Mr Parkinson said.

“SANFL Juniors is all about creating healthier lifestyles for girls and boys through the fun and enjoyment of playing footy, so it’s a perfect fit to have such a prominent brand which promotes health and wellbeing to support and assist us in growing junior footy.”

”We’ve been proud to be alongside SANFL for the past three years and now are excited to have an opportunity to promote and support it’s thriving SANFL Juniors competition,” Mr Borrello said.

The 2020 National Pharmacies SANFL Juniors season kicks off in April.