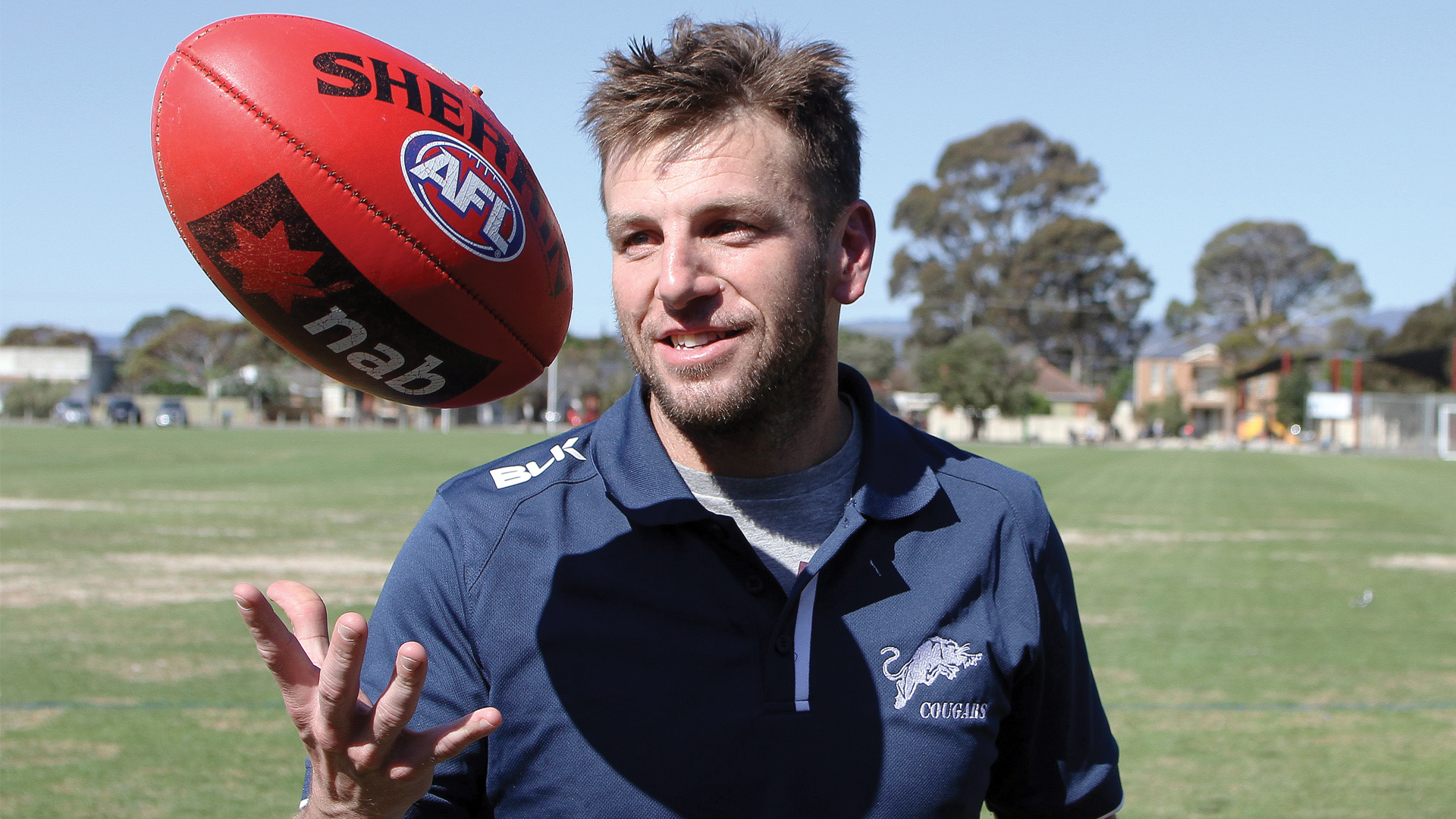 In the first of a series on articles, Peter Argent looks at the quartet of new and returning coaches in the Yorke Peninsula, North Eastern and BLG competitions.

A member of the Central Yorke Cougars playing group this year, Daniel Longman (pictured above) will take over the reins as senior coach in the Cougars’ 2020 campaign in the Yorke Peninsula Football League.

A former Sturt and Glenelg reserves footballer in the 2000s under coaching talent including Brenton “Sticks” Phillips, David Grenvold, Michael Godden and Mark Mickan, Longman is now 35 and has significant credentials in the game.

“From my perspective, a critical component is to have enjoyment among the playing group,” Longman says.

“In the current age, it’s all about communication and relating to the playing group and the myriad of personalities in any squad.”

Longman, however, still intends to play next season and will therefore have local identity Nick Polkinghorne as his match day bench coach.

In the Barossa, Light and Gawler Football Association (BLG), Shawn Gibson will take over from Henry Slattery as the Nuriootpa coach next year.

Originally from Canada with dreams of playing ice hockey at the highest level as a child, Gibson started his football at Sedan Cambrai and had stints through the grades of West Adelaide before becoming an elite player at the BLG Tigers during the 2000s.

He moved across to the North Eastern Football League and became a playing premiership coach of the Mintaro-Manoora Eagles in 2012 before returning to BLG football and enjoying a flag as a player last year.

Meanwhile, hard-nosed 1980s Central District defender and coach at rural level and in SANFL programs for three decades, Malcolm McGrath has taken on the role at the senior coach at Ardrossan.

This year McGrath was in a role as the bench coach for Angaston playing mentor Jay Shannon, presiding over their first Grand Final appearance in 15 years.

“We are looking at rebuilding a team with the talent the club has, much the same situation as I had at Angaston in 1996,” McGrath said.

“My trademarks include ‘work ethic’ and ‘honesty’. I am here to make Ardrossan a successful and competitive unit.”

He moved across to the Angaston Panthers in 1996 and rebuilt the senior team with local talent, taking them to the 1999 grand final, enduring a heart breaking eight-point loss to Willaston.

In his first season, where the Panthers finished sixth, McGrath won the inaugural BLG Football Association “Coach of the Year” award.

After his time in the Barossa, McGrath held coaching roles within SANFL clubs, Port Adelaide and North, being a part of the 2016 SANFL reserves success with the Roosters, alongside Craig Brooks.

A premiership captain at West Adelaide and 2015 Jack Oatey Medalist, Schmidt returns to his grassroots club which has a strong connection through his entire family.

“Among the motivational factors was the chance to play alongside my brother Nick again,” Schmidt said.

“It will be nice to get back to country football and play for a club where there is a strong family connection.

“Through my dad, Mickey, and late uncle ‘Foxy’ (Lindsay) there is a huge connection with the Robertstown side of the footy club.”

Schmidt left West Adelaide to spend the 2018 season playing and coaching the North Albury Hoppers, before returning to SANFL football in 2019.

He finished with a total of 146 SANFL League games with the Bloods, adding to his 20 at the top AFL level.