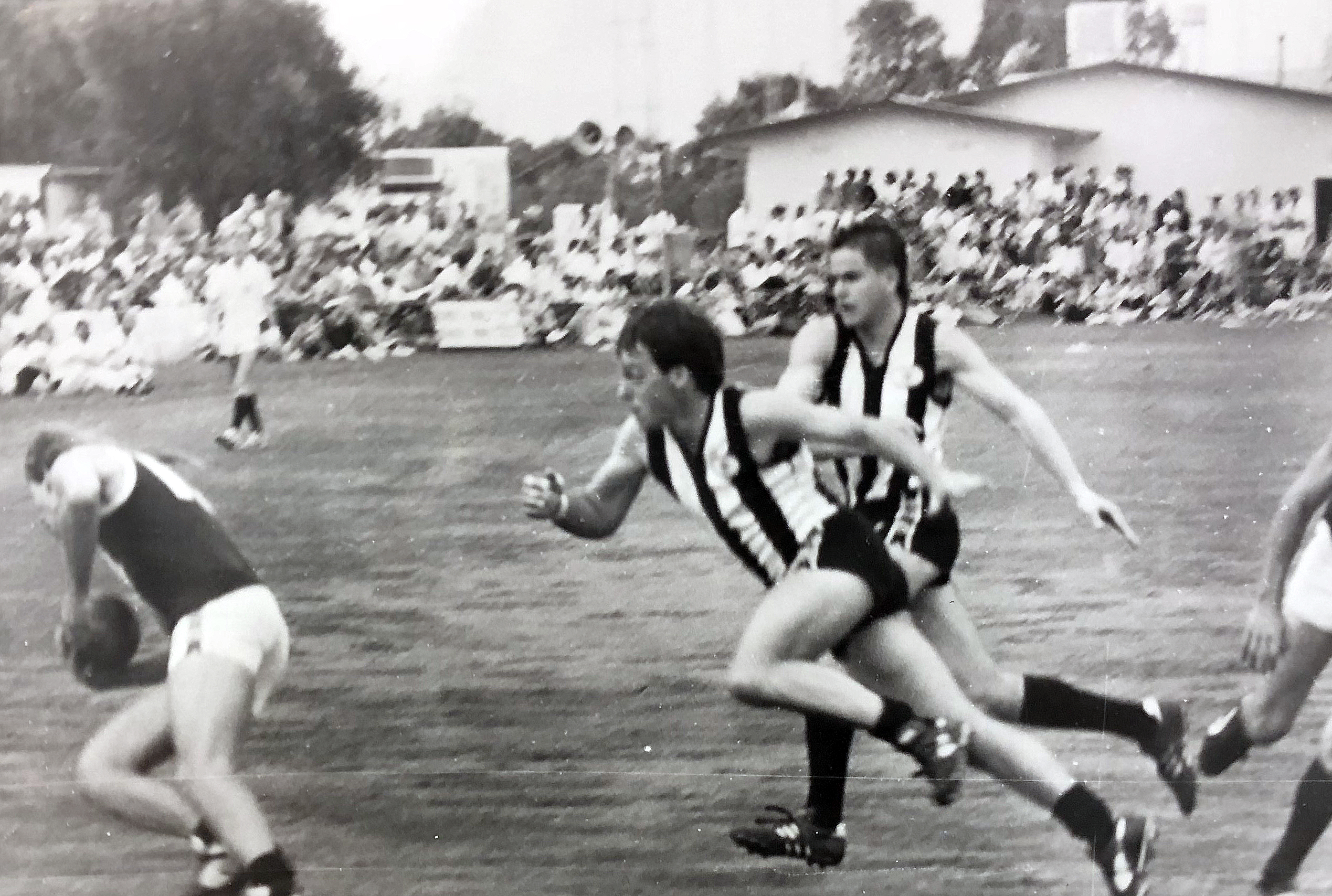 Waikerie Football Club – The Magpies of the Murray

Back when the Waikerie Football Club was formed in 1908, the township actually had a number of different clubs.

Waikerie originally wore red and white, while Waikerie Districts, Waikerie Rovers, Kia-Ora, Ramblers, Imperials and a team called the “Navvies” , who were men working on water infrastructure in the Waikerie district, had teams in the early part of the 20th century.

After arriving at the Upper Murray competition in 1929, donning their now traditional black and white jumper, Waikerie won flags in 1934 and 1936 but had to wait for another 38 years for their third title in this competition, the much celebrated 1974 premiership.

This was after having lost the 1990 flag, after needing a replay against a Renmark side, which included a young Tony Modra, to decide the title.

Since the turn of the 21st century, the Magpies have dominated the competition with eight flags, winning in 2003, 2005,  2007-08 and 2014 and they are currently looking for a fourth consecutive A Grade title for the first time in the club’s illustrious 111-year history, after starting the current run in 2016.

The club is now coached by Nat Salter, a former Nuriootpa player and the current captain Craig Miller is looking to lead his beloved Magpies to a fifth premiership as skipper.

“We’re a bit like any other Magpies team in any competition,” Wakerie Football Club historian Jacki Venning said.

“They either love you or hate you.

“We have a core group of loyal local players and players who played their junior footy with us and come back to play senior footy after leaving the district for work or study, who have been a part of this successful era.

“The club has a rich and proud history from the days when we had four clubs in the township at the start of the 20th century.

“Waikerie Oval is one of the largest in the competition and we believe across the state.

“We’ve had a number of outstanding players come through our club that have gone on to be champions of the game at the highest, including “Roo” who was a member of the 1991 flag as a 16-year-old and perhaps the Waikerie Magpies’ greatest export.”

Ricciuto famously kicked 10-goals in an A-grade game during 1991, when Neil Kerley came up to watch the protégée and complained before the game about the kid not playing in the midfield.

The Lehmann family also has a rich heritage and the Gill-Lehmann cup is played annually against Renmark.

Troy Lehmann played with the Brisbane Lions and Collingwood (44 games) along with 88 matches for the SANFL Roosters.

His sibling Jason Lehmann was 1990 Whillas Medal (Riverland Football League best and fairest awards) and was the Great Southern A grade Mail Medal in 1997, having been runner up in 1996.

Kym’s father Ross, a prolific goal kicker, played 23 games for North and two state games across a period from 1941 to 1947.

The late Bruce Light was a superstar for the Port Adelaide Magpies during the 60s and 70s, playing 216 games and was one of the best on ground in their 1977 SANFL premiership.

Peter and Roger Winter played for West Adelaide during the 1980s while current players on SANFL lists including the highly durable Josh Schiller at the Bloods and third generation South Adelaide footballer Joseph Haines who recently played his first state game.

Originally from the RSMU Hawks in the North Eastern Association, Craig Griffiths came to the Magpies and collected three Whillas medals along with being A-grade premiership player and coach.

One of the more unique characters of the club is Brooke Hoad who has played over 430 Senior Games (213 A grade games) and played in a premiership in each grade at the Waikerie Magpies, having secured 11 titles so far across his career.

Another current A grade player Jim Thomson has played 269 matches and played in a club record seven A Grade flags.

If senior coach Salter can engineer a flag again this year this will be the first time in the club’s rich history they have won the title across four consecutive years.