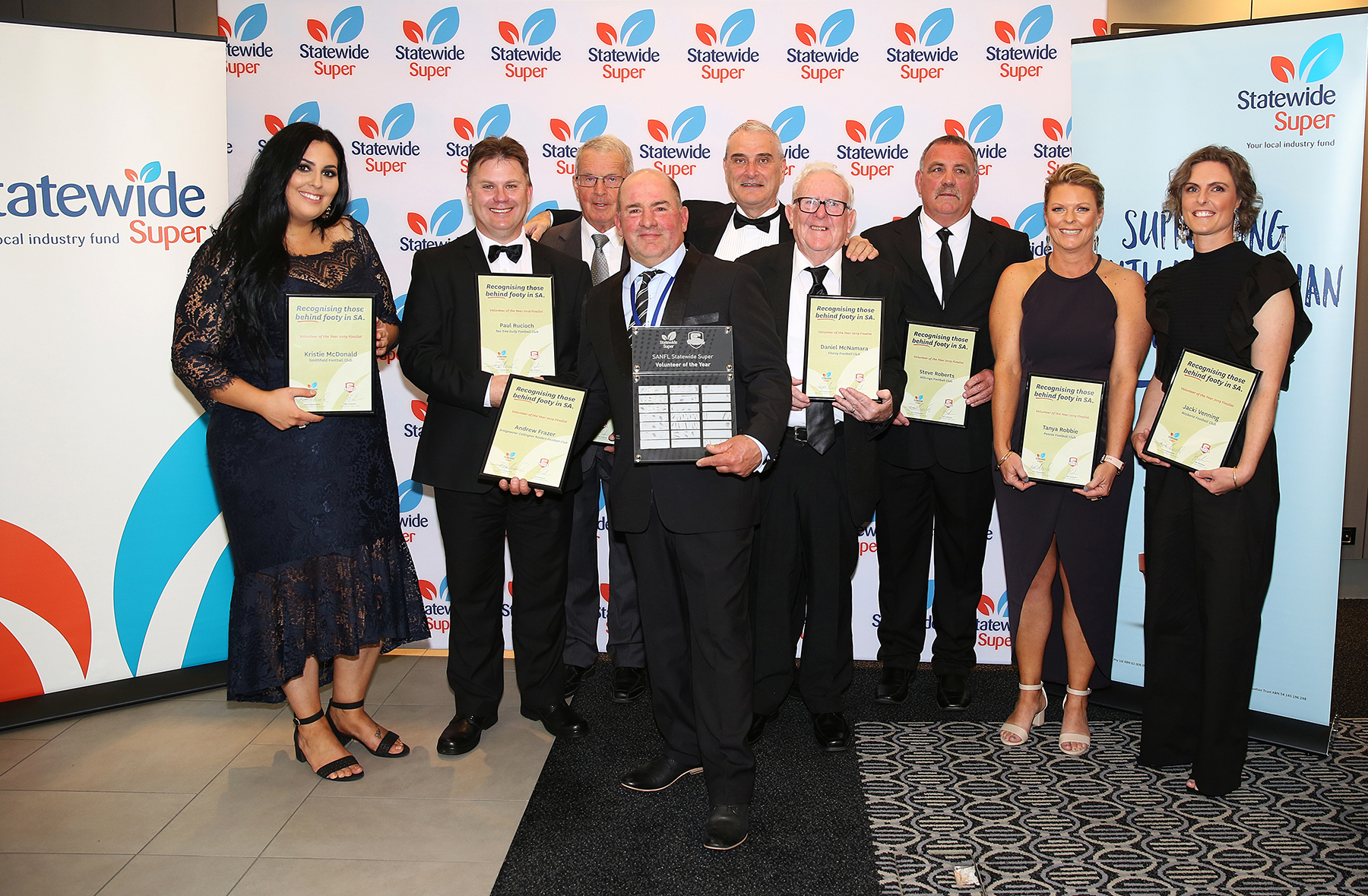 SANFL is celebrating National Volunteer Week by recognising its tireless volunteers at football clubs across the state.

Each weekend, tens of thousands of volunteers roll up their sleeves at junior and senior level to ensure the game of Australian Football runs smoothly in South Australia.

There’s no doubting that 2020 has been one of the most challenging years for volunteers as they navigate their club’s, or league’s, way through the Covid-19 shutdown period.

Whether they be administrators, umpires, trainers, scoreboard attendants, timekeepers or work in the canteen or BBQ, volunteers show a tremendous amount of unwavering loyalty to their football club or league.

And there’s been no better example of this than this year from volunteers at SANFL clubs,  SANFL’s Community Football Leagues, SANFL Juniors Competition and the SANFL APY League in the far north of South Australia.

Entering its fourth year, SANFL will again be seeking nominations for the SANFL Statewide Super Volunteer of the Year Award, which has been won by Millicent’s Craig Tunkin (2017), Crystal Brook’s Mick Fogarty (2018) and Bridgewater/Callington’s Andrew Frazer (2019).

Frazer, who has been involved with the Bridgewater/Callington Football Club for more than two decades, was among a highly-credentialed shortlist of eight finalists who had all served their clubs with distinction.

Now more than ever presents itself as the ideal opportunity to nominate a worthy candidate from your club for the 2020 SANFL Statewide Super Volunteer of the Year Award.

Stay tuned to the SANFL website for your chance to nominate a loyal volunteer, with nominations set to open on June 1.