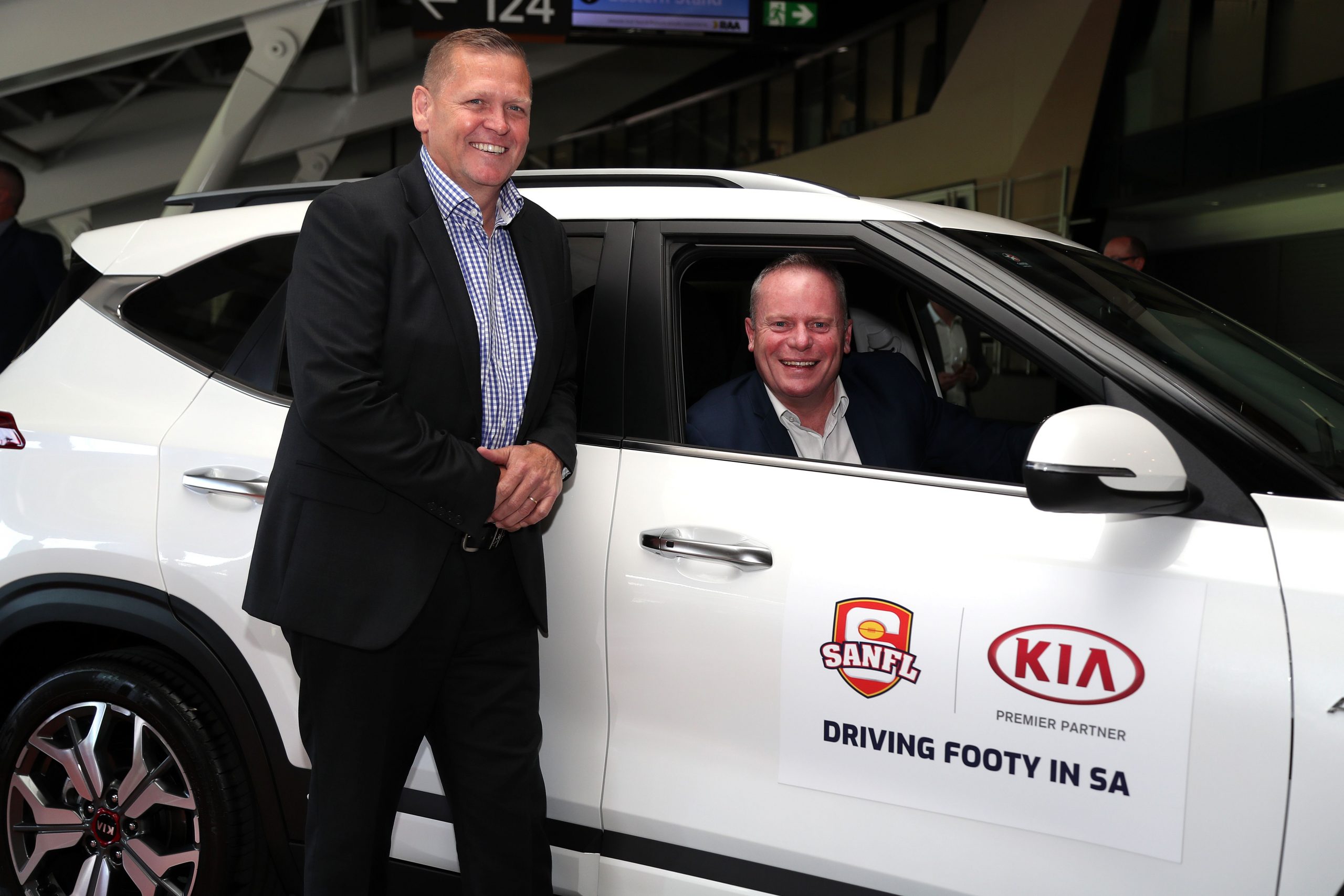 SANFL and Kia hit the road on a three-year deal

SANFL will be driving footy across the State in new Kia vehicles from 2020 following the announcement today of a three-year partnership with the carmaker.

Each year, SANFL’s Community Football and Game Development teams travel over half a million kilometres to support more than 200,000 footy players and participants right across South Australia.

The new deal, which will see Kia become SANFL’s official vehicle supplier and Premier Partner until 2022, will ensure SANFL can continue to deliver on its vision of creating healthier more connected lives through the enjoyment of footy.

“A strong sense of community and teamwork are key values that form part of Kia’s DNA and partnering with organisations that share these values is important,” Kia Motors Australia Central Region General Manager Ian Juster said.

“Supporting SANFL with their community initiatives is a natural fit and we’re excited to see what opportunities lie ahead.”

SANFL CEO Jake Parkinson said SANFL was committed to providing support and resources to more than 270 footy clubs playing in 29 leagues across South Australia, from metropolitan Adelaide to the remote APY Lands.

“Having an active presence in communities spread far and wide across the state requires our teams to cover some serious distances and this partnership with Kia will ensure that they can do so safely and reliably,” Mr Parkinson said.

“Importantly, this partnership demonstrates the commitment of a respected global brand to supporting grassroots footy and we’re thrilled to have Kia on board.”

“We’re grateful for the support that Maughan Thiem has provided SANFL for many years,” he said.

“In particular, I’d like to thank them for going out of their way to assist us in engaging with Kia in bringing this new partnership to life.”