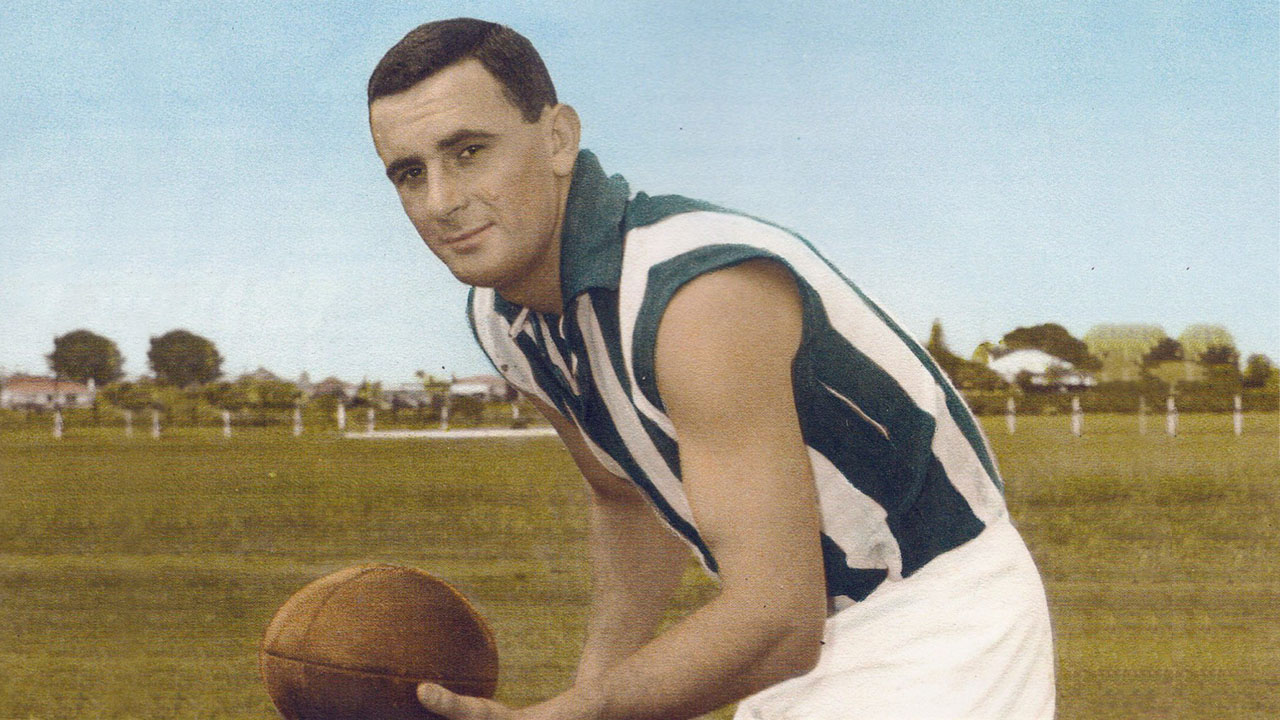 The late Bob Hammond was an icon of SA football – as an administrator, as well as a coach and a player, and his record has been heralded across many platforms since his passing last week.

During the 1960s Hammond also had a strong connection to community football.

While working as the manager of the Dunlop Tire Service in Port Pirie, he was captain-coach of the Ports Bulldogs Football Club in Port Pirie across both the 1966 and 1967 seasons.

Hammond took over as the coach at the club from another SANFL star, South Adelaide legend Jimmy Deane, who became chairman of Ports.

Hammond transferred to Port Pirie with his employment in his early 20s, accepting his first management role. He spent the second half of the ‘65 campaign commuting from that township to play with North Adelaide each week.

Taking on field control, Hammond engineered another successful couple of years at Ports.

Under Hammond’s tutelage, the “Green and White” Bulldogs won 29 of 32 games and clinched a pair of Spencer Gulf Football League flags.

In the club’s book on its first 100 years published in 2009, The Green Team, Hammond said it was a pleasant surprise to him to gauge local football in the district being as strong as Mount Gambier and Renmark (Riverland) at the time, calling it very competitive.

About taking on a coaching role in his early 20s, Hammond was succinct:

“Anyone who says they’re not nervous, when they are brand new at something, and aged just 24 when I started to coach, would be telling an untruth. But as time went by, I became more comfortable with the role,” he said.

“You learn from the pitfalls and you try to adjust.

“Success helps you as far as coaching is concerned; you get confidence out of success and try things.  “It was fair to say we started with a good side, it was not as if we started with nothing and ended up terrific.

“I would like to think we got the best out of ourselves.”

In 1966 the club won premierships in all three grades – League, Seconds and Senior Colts.

Hammond said he was a mature and much wiser 24-year-old who is better for the experience and much better equipped as a football and/or coach after his tenure at the Ports Bulldogs.