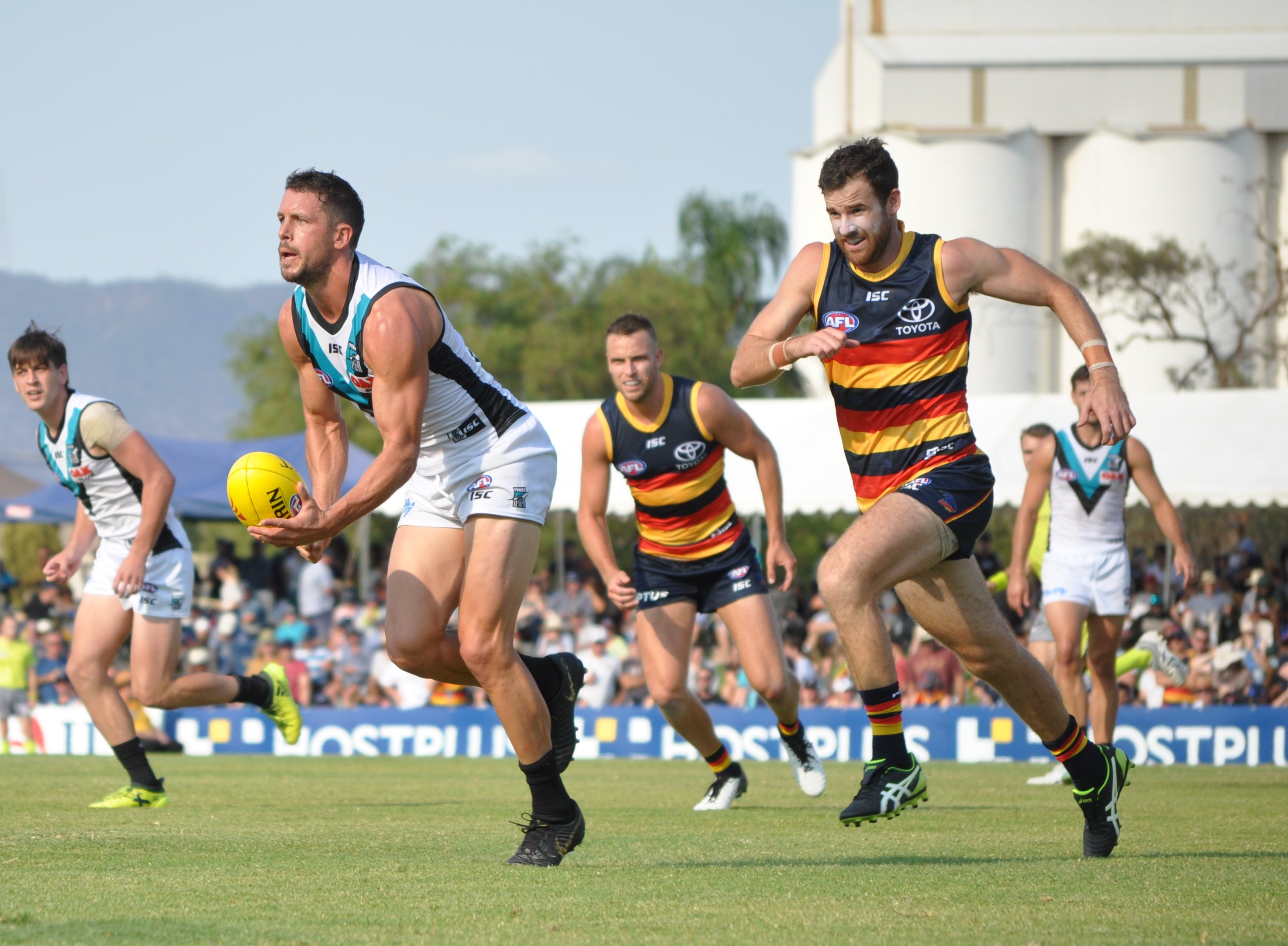 Port Pirie turns up the heat

The action was hot on and off the field as more than 5,500 people flocked to Port Pirie’s Memorial Oval to watch Adelaide defeat Port Adelaide in the JLT Series match on Saturday.

Despite searing temperatures in excess of 40C, those in attendance at the recently redeveloped venue were treated to an entertaining contest, with Crows winning by 17 points.

Speaking on SANFL Radio, Spencer Gulf Football League President Les Promnitz said he was delighted with the outcome, paying tribute to the hundreds of club volunteers who catered for the supporters at the ground.

With the playing surface in pristine condition, Promnitz said all concerned were proud to hear Power coach Ken Hinkley sing the praises of the Memorial Oval which will host the 2019 MAC SA Country Championships in July.

”It’s a first-class facility here, everything about it was perfect for us,” Hinkley said after the match.

”The people of Port Pirie should be really proud of it.”

Attention has now already turned towards preparing for the annual event, with the Round 13 SANFL Showdown between Adelaide and Port Adelaide also to take place in Port Pirie on Saturday July 13.