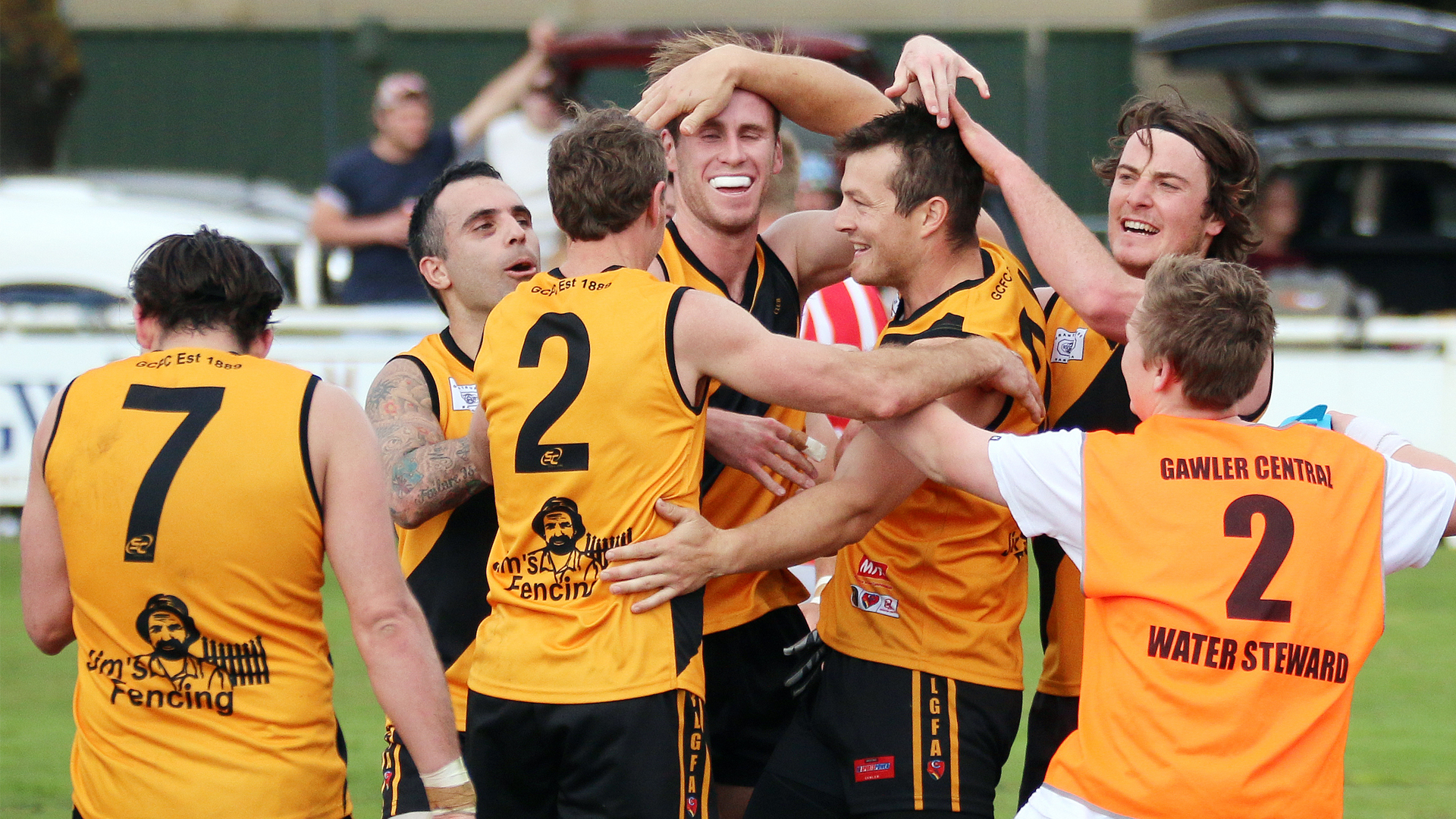 Gawler Tigers salute greats of the past 50 years

One of two clubs in the growing town of Gawler on the edge of Adelaide’s northern suburbs, Gawler Central is steeped in the history of SA football.

The black and gold Tigers this year proudly celebrates its 130th year, having been formed back in 1889.

Along with Willaston, on the other side of the North Para River, and South Gawler, the club was created to support a Gawler side in the SAFA (the forerunner to the SANFL) competition.

Although Gawler, which struggled in the SAFA competition, disbanded in 1890, it has a strong and rich history in the local competition.

A founding member of the Gawler and Districts competition, Gawler Central in many ways has been the ‘little brother’ in town for many years, especially since the recess from 1942-1945.

Since World War II to the club has won just five A grade flags. The first was its 1953 triumph over South. Some 30 years later, there was a flag under the mentorship of Geoff Schell in 1983.

Indigenous great Wilbur Wilson led a potent 1991 side to the title in just the fifth year of the amalgamated Barossa, Light and Gawler League.

2018 SA Football Hall of Fame inductee Peter Vivian also engineered the success in 2001 from the first semi-final. The most recent flag was in 2014, also against South Gawler at Tanunda Oval and coached by Damien Herzick.

To commemorate its 130 years, the Gawler Central Football Club selected a team of the past half a century, 1969 to 2019 – a star-studded team with icons from different eras.

The team is captained by Charlie Molyneux, a star Tiger junior and the club’s best and fairest in both 2014 and 2017, along with winning the Schluter Medal (the association’s best and fairest) in the second of those campaigns, despite missing two months of the season.

Molyneux was selected in the first ruck-ruck alongside rover Matthew Slade who would go down to Central District and win eight flags for the Bulldogs, including three as the skipper.

At full forward and still playing is Brad Mercer, who has three times kicked more than 100 goals in the season and is dual club best and fairest winner.

Former Power listed forward Scotty “Scooter” Hahn was selected in a forward pocket. He averaged upwards of four goals per game over a 113-game career between 2005 and 2011, while Barossa Light and Gawler Player Life Member Aaron King enjoyed an astonishing 329-game career in which he kicked 435 goals and won the best and fairest on four occasions.

Centre half forward is Geoff Schell, a well-travel country footballer and businessman who played 55 games and kicked 240 goals of the club and led the Tigers to the 1983 premiership flag.

He is the father of seven-time Central District premiership player, Fremantle and Crows-listed footballer Daniel who won two Ken Farmer medals in the SANFL.

The full back is club legend and Central Bulldogs board member Peter Symes. He played 200 games between 1970 and 1986 and is the father of 2012 Magarey Medalist Brad who played 80 games for Crows and the Power.

Perhaps the most decorated player at the Tigers is five-time club best and fairest Brad Taylor, also one of the club’s biggest characters.

Taylor shared the association leading goal kicker award in 2001 with Tanunda’s Danny Westhoff and was the Association best and fairest in 2008.

The enigmatic Kym Hermann won the role in the middle, while another Medalist Daniel Stanley fills one of the wings, with Nigel Venning on the other.

One the great stories in the side is a club stalwart, the dreadlocked Jake Asher. A club captain who has played 236 games since 2003, Asher’s desperation, commitment to the club and fierce determination no doubt won him his position in a back pocket.

Finally, 308-game Central District legend Peter Vivian, originally from Torrens Valley, who successfully coached the Tigers between 1999 and 2006, was rightfully honoured as the team’s coach.

Gawler Central’s ‘Team of the Past 50 years’