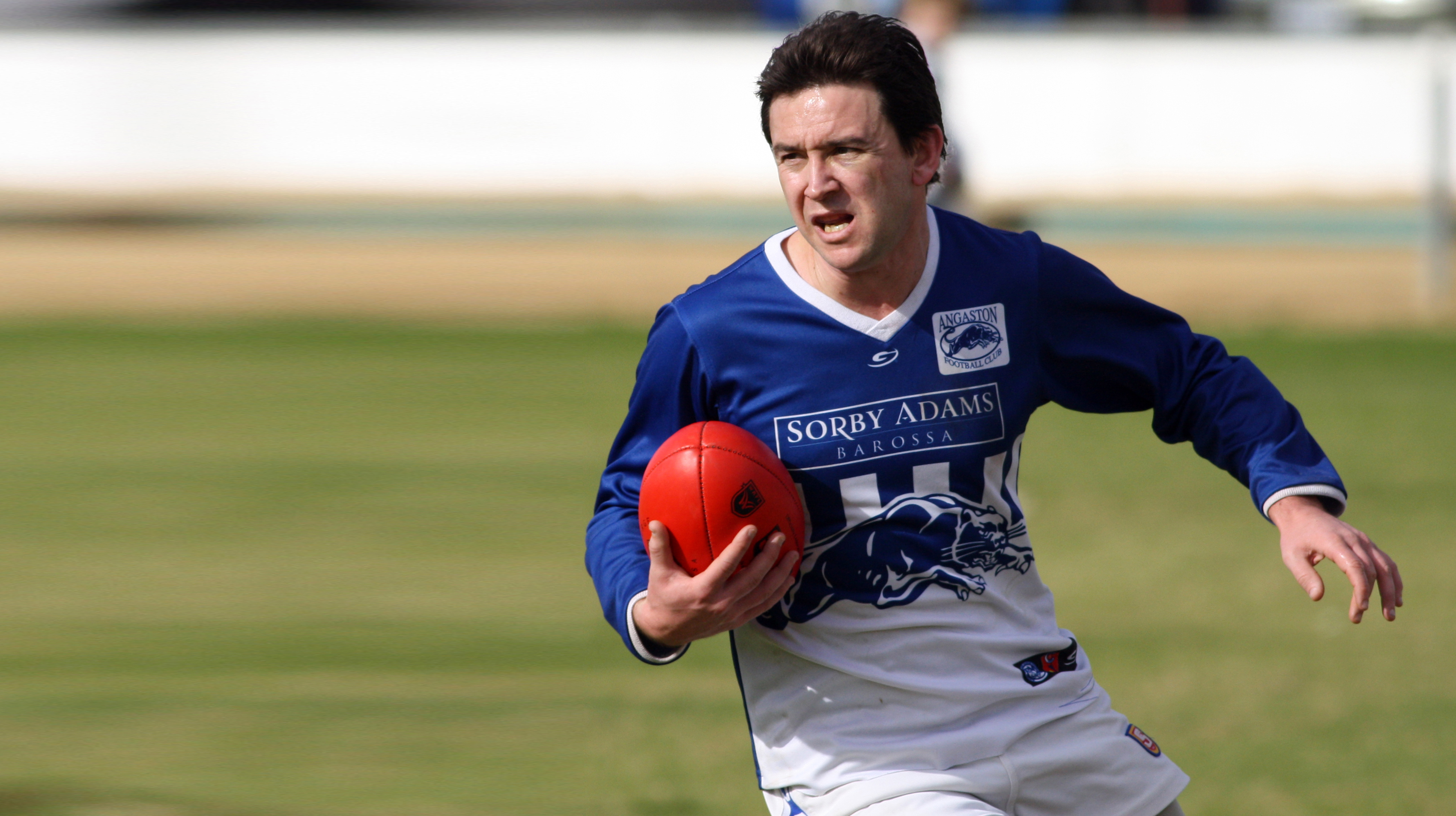 Throughout the season, Peter Argent will feature country footy clubs, players and people from across the State. This week, we look at the history and greats behind the Angaston Panthers.

Angaston Football Club will this year enjoy its 140th anniversary with celebrations on Saturday April 27.

With a rich and diverse history, the club has experienced much success both on the field and with the number of its players who have gone on to greater deeds in the game at State League level and on the AFL stage.

The club’s first recorded match was in the winter of 1879 against Kapunda, who remain a friendly foe some 14 decades later.

A foundation member of the Barossa and Light Association in 1908, the Panthers enjoyed 22 premierships in that competition and since the amalgamation with the Gawler and Districts competition, grabbed a further A grade BLG flag in 2003.

In the modern era, Matthew Doecke – still featuring at reserves level – is the longest serving A grade captain in South Australian country football history, having been the Panthers’ skipper for 18 years and playing upwards of 400 A grade games.

The club enjoyed several dominant eras thanks to generations of local footballing families carrying on the blue and white playing tradition.

Perhaps the club’s most famous family name is the Hurn dynasty.

Lacey Hurn won the competition best and fairest just prior to World War II and was a longtime administrator for the club in the league. His nephew Brian – also of State level and Kensington district cricket fame – was the 1970 association medalist, having twice been the competition’s leading goal kicker (1957 and 1963) and a longtime secretary of the club.

Brian’s son, William, went on to play 135 league games with Central District before coming back to captain the Panthers, whilst coaching at junior levels. His son is current West Coast premiership captain Shannon Hurn who recently played his milestone 250th AFL game.

Another great surname in the Panthers’ family is the Kleinig clan.

Roddy Kleinig was a runner up to the Mail Medal in 1949 and one of his brothers, Ian played a handful of League games with Sturt. His son Peter was the 1973 Barossa and Light Association best and fairest in a premiership season and the following year played in the first League game at Football Park for the Bulldogs.

Current captain of the club, Jack Miles, is a third-generation skipper at A grade level, following his father, Richard, who once kicked all seven goals for his side from the midfield during the 1980s.  Richard’s late father, Roger, captained the club for a season in the 1950s.

Angaston 1955 premiership player Trevor Reu was another to go on to State League success as a member of the ‘61 West Adelaide premiership side, before retiring from footy to become a Lutheran minister.

Undoubtedly the Panthers’ greatest goal kicking ace either side of the war was the mercurial Eric “Peter” Hearl whose best effort was 124 goals in the 1938 campaign.

Craig “Diddles” Harvey has blue and white running through his blood.

He started playing at his home town club of Angaston as a junior and is now in his 25th season of A grade country football across two states.

Harvey debuted for the Angaston Panthers back in April 1995, playing crosstown rivals Nuriootpa.

A ball magnet and an accumulator of possessions, Harvey would go on to be the club best and fairest in the premiership year of 2003.

In the winter of 2010, Harvey won the prestigious Schluter Medal as the Association’s best and fairest after playing just 11 games following a significant pre-season health scare which almost forced him into early retirement from the game.

After these health issues, his great mate, AFL North Melbourne and Geelong player Kent Kingsley, returned to Angaston to play footy alongside Harvey.

He has now played 234 games at A grade level for the Panthers, along with a single reserves appearance.  Harvey has been a three-time Angaston best and fairest winner and played with Hamley Bridge and Mannum in the neighbouring Adelaide Plains and River Murray competitions, along with having five seasons in rural Victoria when he moved east with work commitments.

He played three seasons from 2013 with Diggers Rest followed by two seasons (2016-17) with Melton Centrals.

A hard-working midfielder with excellent skills, Harvey is keen to win an elusive second A grade premiership at the Panthers, recapturing the same euphoria he enjoyed back in 2003.