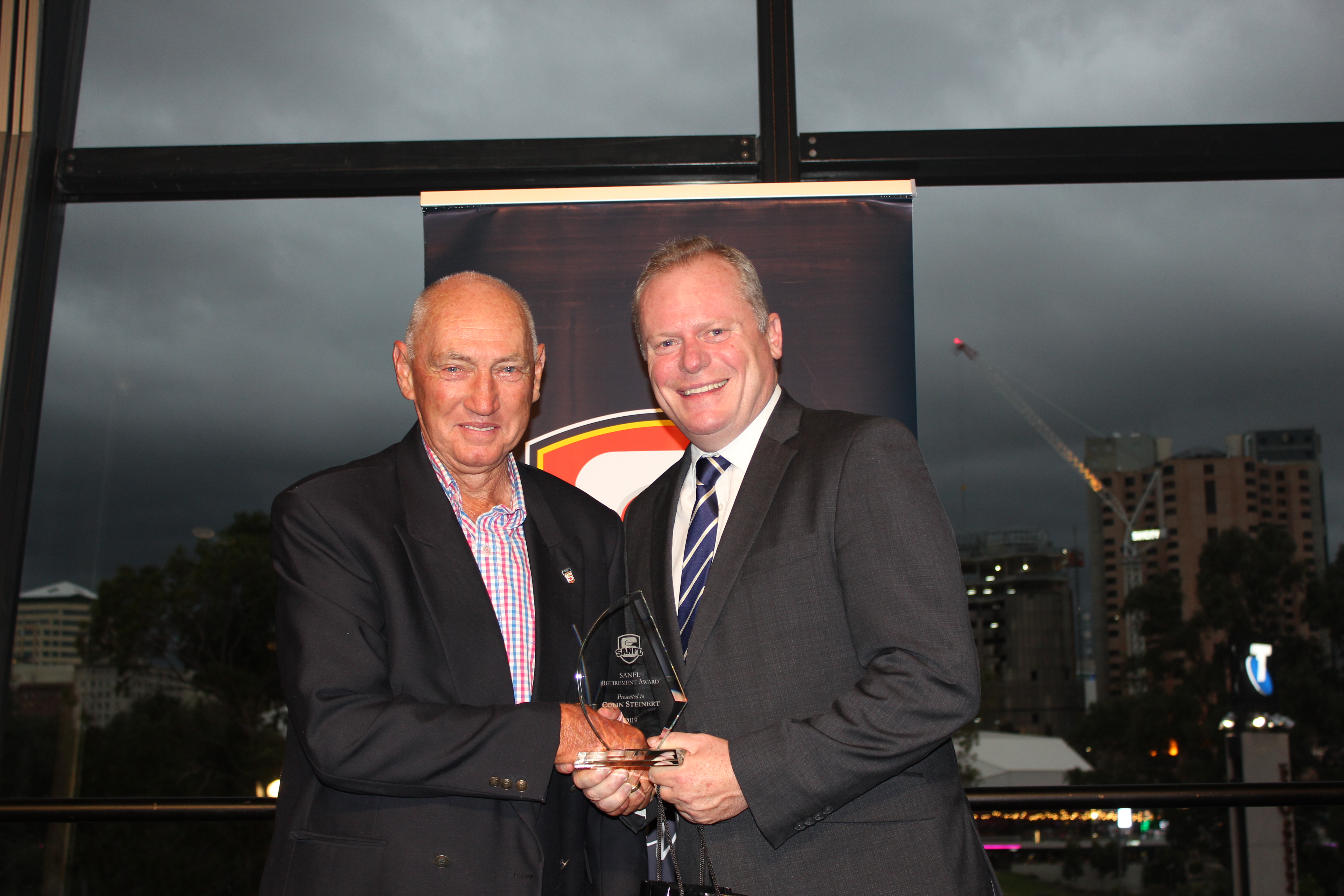 SANFL has recognised more than 80 of its most dedicated volunteers and coaches at its annual awards ceremony held at Adelaide Oval on Friday night.

From those with service records extending past multiple decades, to those welcoming newcomers to the sport through Auskick and Multicultural programs, the variety of tireless contributors was diverse.

The staggering longevity and breadth of Colin Steinert’s career was a highlight of the Magarey Room function, with his involvement in Australian Football beginning in 1962 as coach of the Riverland SAPSASA team.

For the past 57 years, Steinert (pictured above receiving his award from SANFL CEO Jake Parkinson) has juggled coaching, umpiring and administrating schoolboys football in both the metropolitan and country areas.

In this time, Steinert has administered and redeveloped the statewide knockout schools competition, been a member of the SANFL Schools Committee since the 1980s and Chairman since 1999 as well as spending 12 years on SANFL’s Game Development Council.

Multicultural Ambassador of the Year Award

Disability Volunteer of the Year Award