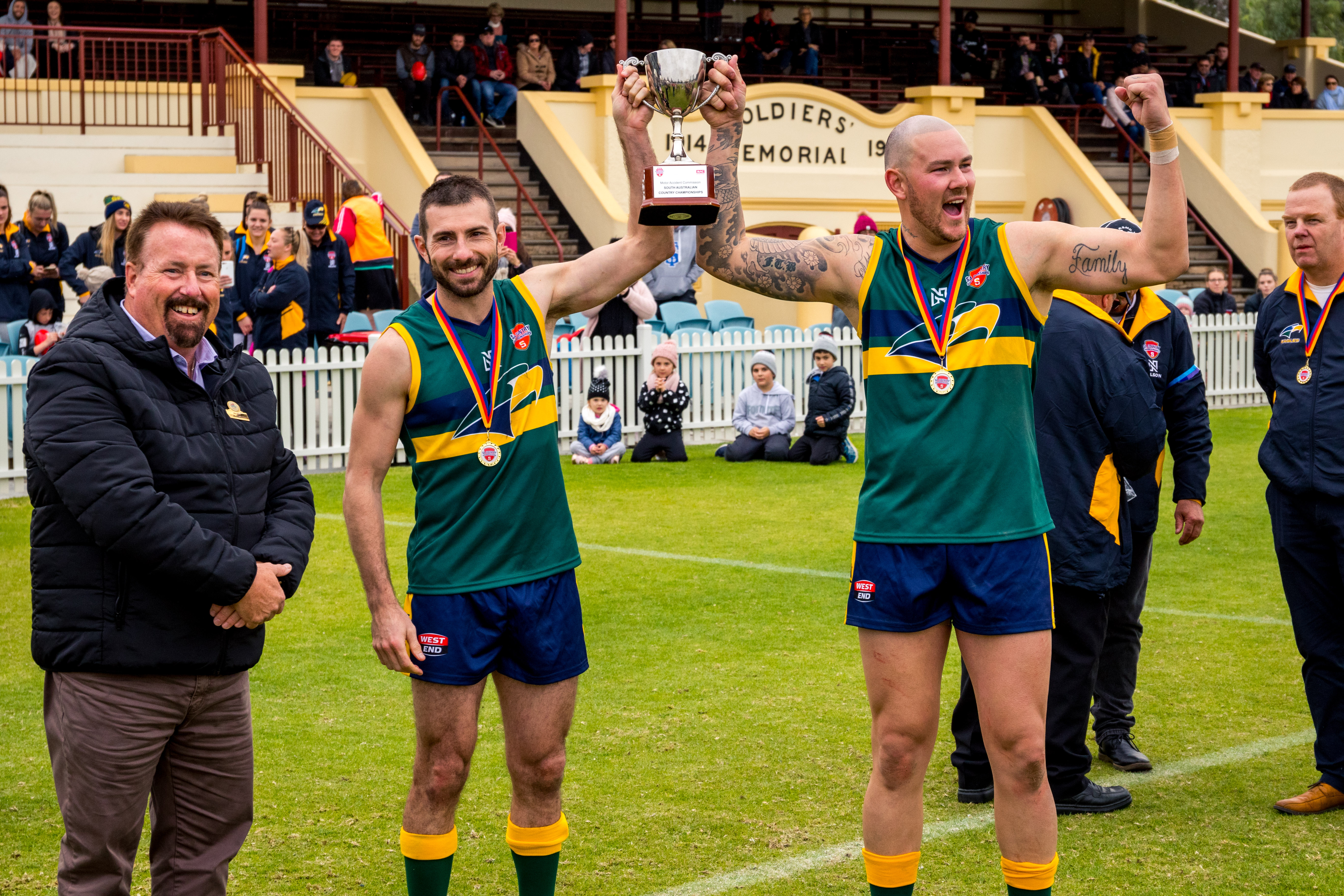 Kadina will play host to the 2020 SA Country Football Championships, including the SANFL Statewide Super League regional match, next July.

The Yorke Peninsula town will welcome more than 400 players, officials and umpires, as well as thousands of spectators, on the weekend of July 11-12 following its successful bid to host the 2020 event.

And for only the second year, the SANFL regional match has been programmed to be part of the event at Kadina Oval on the afternoon of Saturday, July 11. (This match to be announced in the League fixture on Monday.)

“The Country Championships is a significant annual event for football in South Australia, with the aim of showcasing country football at its best,” said SANFL Community Football Manager Matt Duldig.

“Furthermore, it is expected to bring great economic and social benefits to the local region to the value of around $500,000.

“The Copper Coast is always a popular tourist destination and the sporting precinct at Kadina provides all the amenities required to host an event of this size.”

Kadina last hosted the Country Championships in 2014, and a SANFL regional match in 2018.

Central Zone will defend its men’s championships title on home soil after defeating Northern Zone in the grand final at Port Pirie earlier this year.

“We are very pleased and proud to host the Championships. Working collaboratively with the football community we see it as a great opportunity to utilise our great sporting facilities,” Mayor of Copper Coast Council Rosyln Talbot said.

“We look forward to welcoming all footballers, officials, family and friends to the Copper Coast, showcasing all we have to offer.”

Kadina Football Club President Nick Bruce said he was thrilled that the time, resources and hard work which had gone on behind the scenes to secure such a premier sporting event to the region had paid off.

“Events such as this inject vital dollars into the Copper Coast community and surrounding areas and support local retailers, businesses and sporting clubs,” Nick said.

“The South Australian Community Football Board and SANFL have given Kadina Football Club, the Yorke Peninsula Football League and the region a huge vote of confidence in awarding us the hosting rights of the Championships.

“We now have a great deal of work ahead of us but are looking forward to staging a highly successful and memorable Country Championships, both on and off the field.”