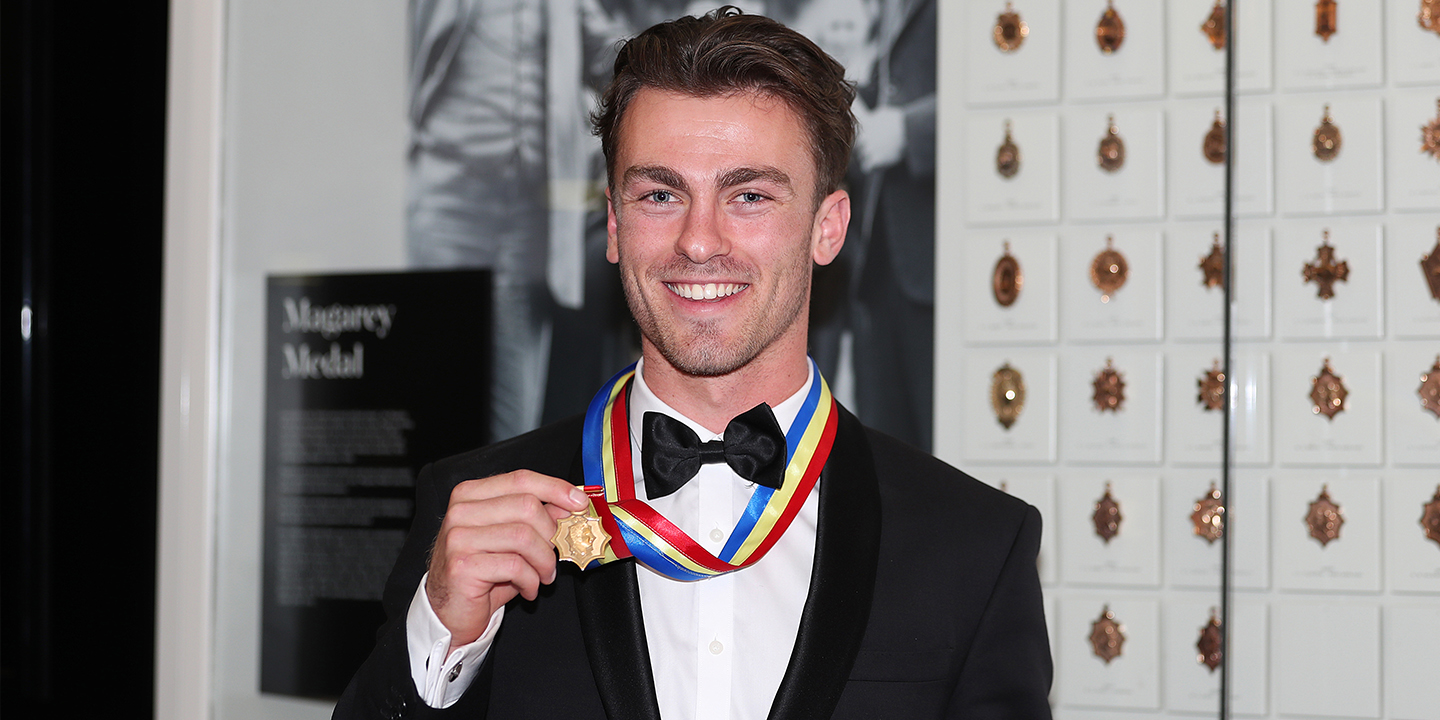 The Magarey Medal is named in honour of William Ashley Magarey, an active sports administrator who became the first SANFL Chairman in 1897 when the League was still  known as the South Australian Football Association.

Magarey was born in North Adelaide on January 30, 1868, and attended St Peters College. While he played a number of sports during his school days, football was never a serious focus.

Magarey had the makings of a footballer – he stood 6’3” tall and possessed ample athletic ability – but he instead chose to involve himself in football administration after finishing school and becoming a practicing lawyer.

When Magarey became the inaugural Chairman of the South Australian Football Association in 1897, he was keen to stamp out rough play and help raise the status of umpires.

The following year, Magarey presented an award to South Australia’s “fairest and most brilliant player”, Norwood’s Alby Green. It later became known as the Magarey Medal.

How the Magarey Medal is awarded

The Magarey Medal has been awarded in every year of SANFL competition since 1898, with the exception of 1900 and 1904 and the World War I and World War II years.

After each match, the three field umpires award a 3, 2 and 1 point vote to the players they regarded the best, second best and third best on ground respectively. A player becomes ineligible for the Medal if he is suspended for a reportable offence during the season.

The votes are tallied at the end of the minor round to determine the year’s Magarey Medallist.